Call for papers on the theme of

World Literature and the Strategies of Nation-Building

Famously, in a conversation with Eckermann Goethe contended that “national literature” was losing its relevance (Nationalliteratur will jetzt nicht viel sagen). Equally famously, he was proved wrong. At the time, nationality was just beginning to assert its dominance in the production and study of literature (and in political-cultural identity formation on the whole). In the frame where national cultures were perceived as ideally self-containing entities and where literary histories and criticism set out to uncover and promote idiosyncratically national features, the cosmopolitanism of Weltliteratur had a disturbingly unpatriotic ring to it. In its early reception (in Germany and in East-Central Europe), Goethe’s idea, otherwise praised for the reciprocity it promised to introduce into intercultural encounters, was denounced for hindering the development of national literatures or even threatening their existence.

National literatures, however, inevitably had to position themselves vis-à-vis the growing intensity and extensity of international exchange. Self-assertion in world literary canonand traffic became central to nation-building or nation-branding endeavors – and not only concerning the promotion of their modern output but also with regard to national appropriations of non-national literary pasts (witness the philological wars around medieval epics, such as Beowulf and Chanson de Roland, or the contested ownership of folk poetry). Confrontations with the image and praxis of world literature gave rise to a variety of strategies, from self-expansion to self-protection. Already established national literatures sought to expand further on the international scene, in competition with other cultural centers, or aspiring new powers, and secure the prominence of their literary wares or the aspiration to turn their language into a universal means of exchange. (Goethe had already entertained the dream of deutsche Universalität.) Less prominent literatures, or those laying “new claims to literary existence” (Casanova), were also eager to carve out a niche for themselves in this arena. They were confronted with the dilemma of how to engage in world literary trade and gain recognition for their marginalized cultural excellence while at the same time safeguarding its “authenticity” and “purity”. (In the lack of such recognition national criticisms often resorted to rhetorical self-assurance: National masterpieces were occasionally declared to have “world literary significance” without ever entering international distribution.) These ambitions and anxieties were framed by commercialconcerns: Major literatures were preyed upon by global literary piracy (the very sign of their cultural dominance), minor ones wanted to protect their nascent domestic markets from the intrusion of foreign literary wares.

The cultural imperialism of political-economic centers has been studied extensively. Recently, the impact of world literature on nation-building endeavors in more peripheral literary cultures have also attracted attention. David Damrosch’s 2018 ‘World Literature and Nation-Building’ pointed at cases in modern Vietnamese, Chinese, and Caribbean literatures in which world literary interactions inspired “creative re-orientation” through the “double-edged project” of both utilizing and resisting imperial influence. In his Worlding a Peripheral Literature (2019) Marko Juvan highlighted the inferiority complex at work by arguing that even the romantic cult of national originality had “tacitly resorted” to the notion of world literature as a “universal Other” entitled to approve of the “unique contributions” from the peripheries to “the universal sphere of beauty and the general human”.

This forthcoming issue of Neohelicon invites papers that explore this dynamic further and address the shifting understanding of world literature in view of nation-building and nation-branding strategies since the early 19th century. How did these efforts utilize, co-opt or resist world literature as a (benign or menacing) resource for the development of the national? The transnationalism of national self-fashioning vis-à-vis world literature might be traced in literary production, criticism, school curricula, publishing ventures, national and world literary historiographies, international and domestic exhibitions, language and translation politics etc. Especially interesting could be case studies on the trans-European expansion and contestation of romantic nationalist models (from South-East Asia to South America) and the national internationalism of Socialist World Literature.

To submit: send a max. 400-word abstract with brief biographical details to

Successful applicants will be notified by 19 December 2021 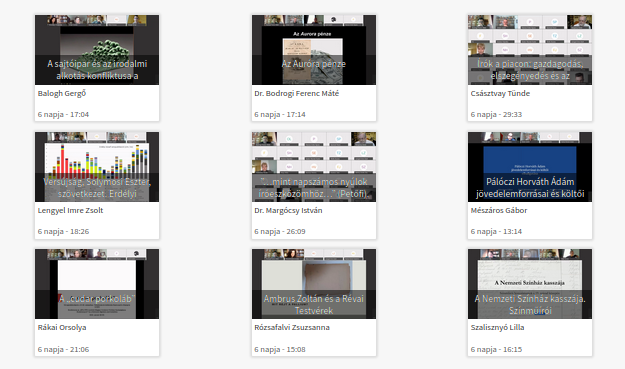